A Dynamic Composition for a Dynamic Design

During the late 1950's and early 1960's Chrysler Corp had some of the wildest automotive designs.  We have Chrysler to thank for the tall tail fin craze of the late 1950's as the other manufacturers responded to the 1957 Plymouth Fury.  Chrysler maybe didn't invent the canted dual headlights, in fact customizers had been adding them to cars for a couple years prior but Chrysler took them to a new level, even to the point of shaping the grill to match. That's what drew me to a 1961 Chrysler 300 I saw at a car show, I finally got around to making a painting of it but changing the color from white to red.


Inspired by the canted headlights I decided to put the whole car at an angle creating a more dynamic composition to match Chrysler's dynamic design.  Of course I used palette knives for most of the painting to create a semi-abstract appearance, here are a couple close up images to illustrate this effect; 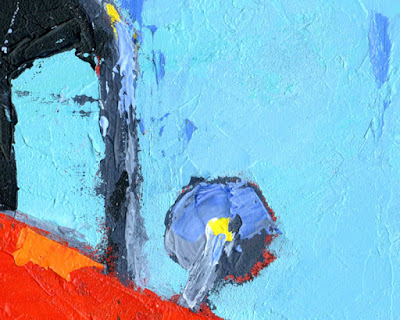 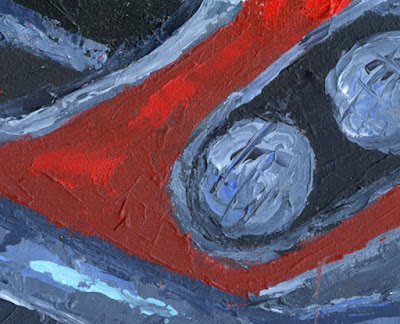 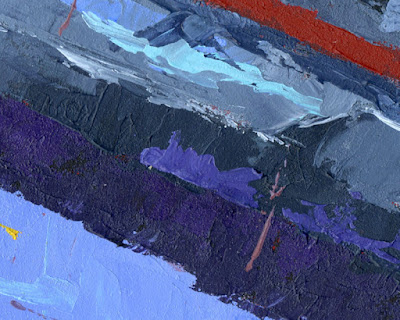