Playing With the Palette Knife

I decided to explore the technique of applying an underpainting using a palette knife further tonight.  My previous paintings using the palette knife were scenes that were made up mostly of natural elements, I decided to give a man made structure a try.  So that I wouldn't stretch myself to the breaking point I kept the painting small and the subject dilapidated. 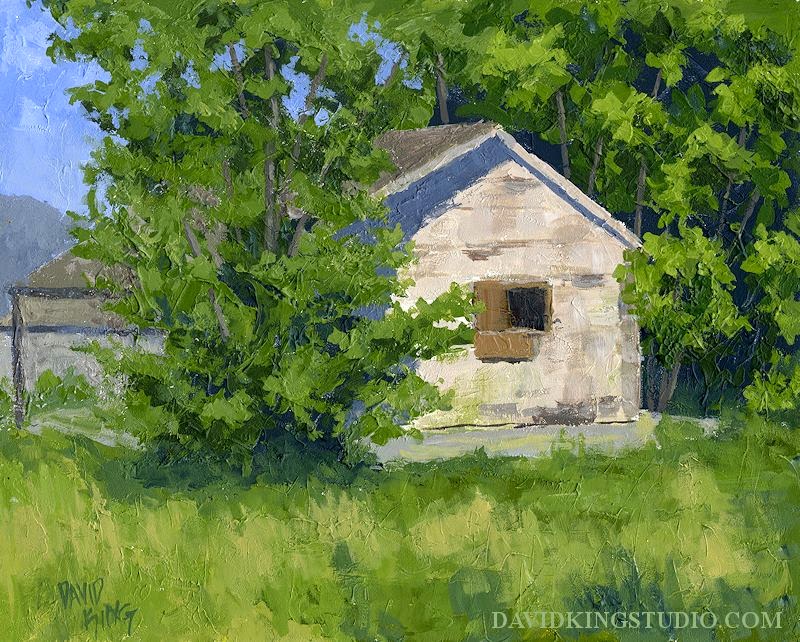 "Gone to the Trees"

I tried to make the underpainting more complete than I had in the other palette knife underpainted paintings, I was able to pretty much completely cover the whole panel and the painting almost could have stood as is at that point but then I spent another hour or so with brushes tidying it up.  I was careful to not get too tidy though, I still wanted to maintain the looseness and texture of the underpainting so I mixed my paint using the palette knife to make sure I had a lot of it and so even the brush applied paint was heavy and added it's own texture.  I think I'll continue to explore and develop this technique, it may even become my primary style.

I found this little abandoned house being reclaimed by nature in the small Utah town of Fairfield.  Fairfield is located pretty much in the middle of nowhere but it has the claim to fame of being the largest army base in the country for a short time way back in the mid 1800's.