All Caught up on the Ten Minute Sketches

This post will catch you up on all my ten minute sketches, that's partly because it's been a few days since I've made a new one, I've been a bit obsessed lately over a medium I haven't used in quite some time so I've neglect the TMS', my next post will have details.  As in the last post these are all pen. 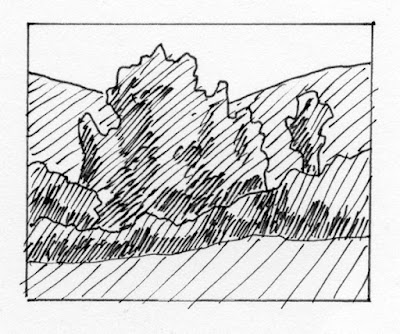 This one was a test for a minimalist landscape design.  It came out with kind of a graphical feel, I kind of like it for it's simplicity and boldness.

This is a vintage gas station scene based on a photo I took in Wallsburg, Utah. I may make a drawing of this. 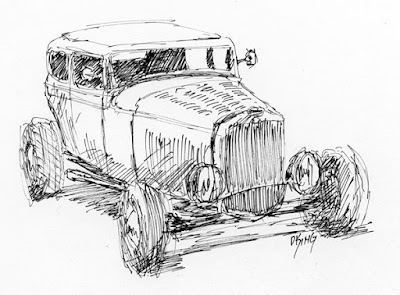 A 1932 Ford tudor hot rod sedan, just for the sake of sharpening my drawing skills. 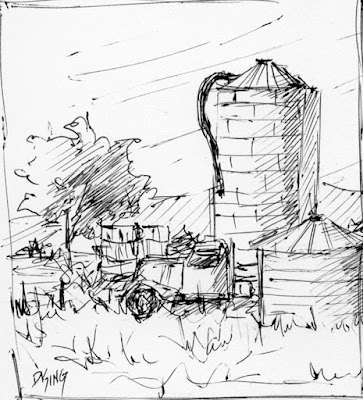 This one is based on a photo I took in Lynndyl, Utah.  I move some things around a bit and added the truck.  I think it came out a bit busy so if I do a drawing or painting of it I'll have to cut some clutter. 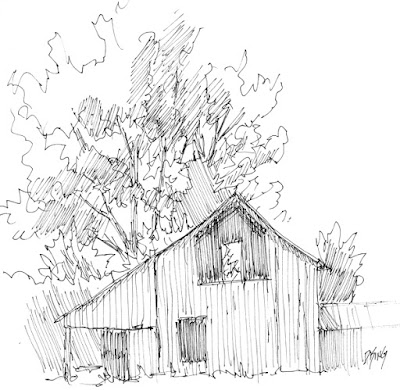 And finally my last TMS, a barn and trees based on a photo I took in Midway, Utah.  This subject will make an appearance in my next post.