We are almost at the end of February and while the winter has been largely mild this year it's still winter.  Not that I wish for snow, (except in the mountains) but snow is the only thing that makes winter interesting to me from an artistic perspective, it covers up the ugly browns of the dead grass and makes for brilliant blue cast shadows. We haven't had snow cover in the Salt Lake Valley since early January.  What that means is the landscape has been mostly just grays and browns for nearly two months.  I needed a shot of color so I decided to paint a spring painting; 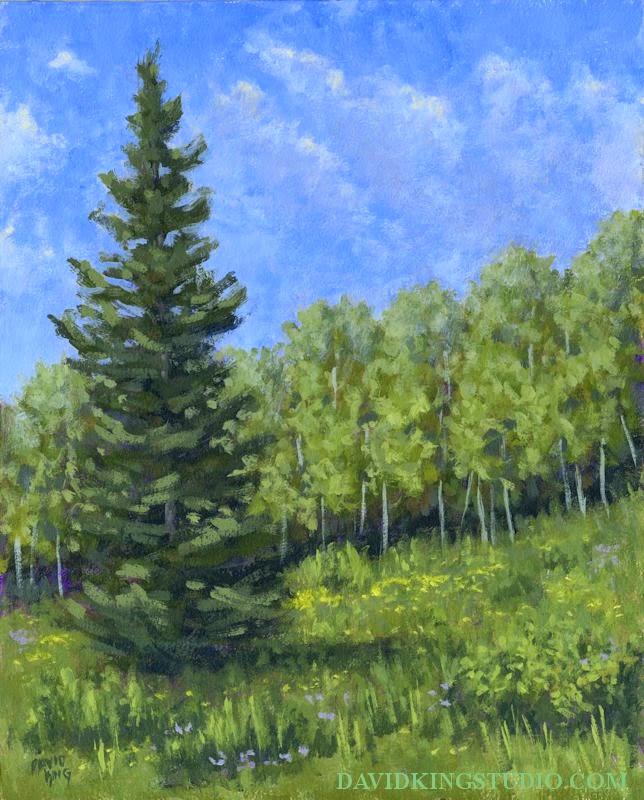 This scene is up in Big Cottonwood Canyon in the Utah Wasatch Mountains in an area called the Willow Heights Conservation area.  This is one of the most beautiful spots in our local canyons that I have visited and since it's not well known it isn't crowded.  I painted this before, smaller in pastel, I decided to scale it up a bit in acrylic.