I'm just getting around to posting about my last plein air outing which was the Saturday after Thanksgiving.  I wasn't sure I wanted to go out, it was a gloomy, windy day.  After running a couple errands I decided I might as well go out, at least it wasn't real cold and if painting proved to be too problematic I could at least get some reference photos.  My initial plan was to go up in the canyon, I figured I might get some fresh snow photos and maybe a painting, however as I headed towards the freeway I noticed there was plenty of blue sky northwest of the valley so I turned right instead of left. After spending some time exploring near the Great Salt Lake Marina and the East end of the Tooele Valley, the next valley over from the Salt Lake Valley I headed west over to the town of Grantsville.  I took a road going North off Main street and ended up at this field that appeared to be public land of some sort, I drove down a short road, turned round and saw the view I decided to paint.  I had quite a battle with the wind but it was worth it. 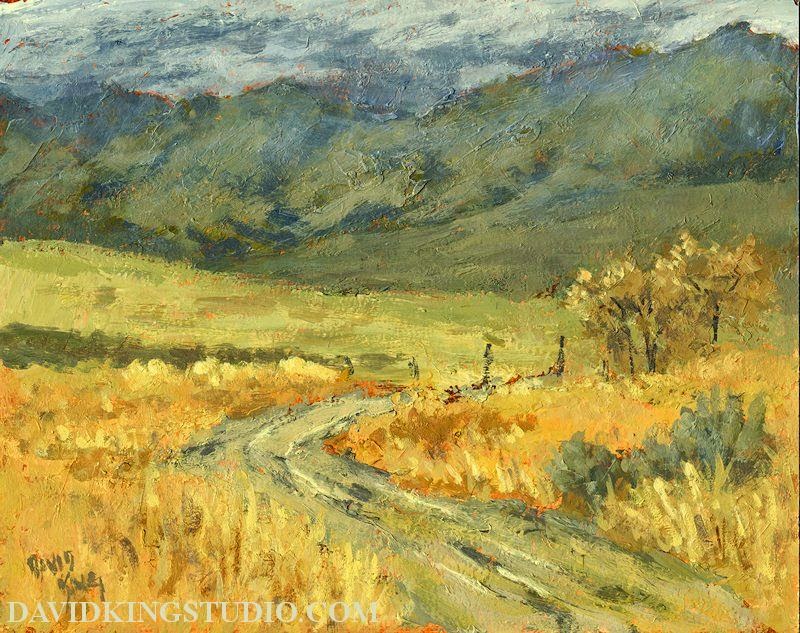