I just love exploring the back roads in the rural areas, I always find something interesting.  My latest painting is based on a photo that resulted from one of those days of exploration. 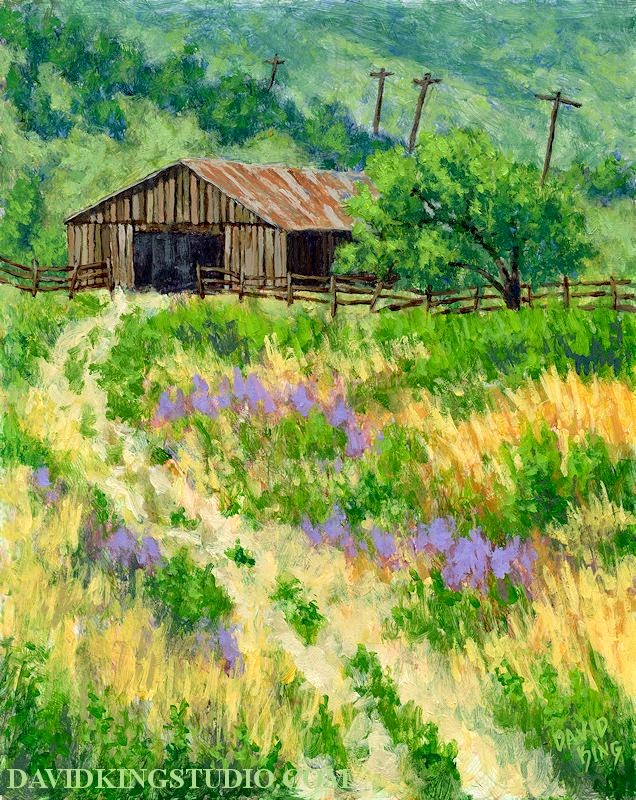 "The Old Road to the Old Shed"

I found the inspiration for this painting on a piece of the Historic Old Lincoln Highway on the outskirts of Wanship, Utah.  The photo gave me the general idea but I had to make many modifications to make it a good painting.  The actual shed was metal, not wood and didn't have the opening in front.  There was also a lot of uninteresting clutter in front of the shed, the actual fence wasn't very interesting either.  There wasn't an actual road in the scene but rather the edge of a gravel parking area that gave me the idea to put a road in.

Yesterday was a state holiday in Utah so I decided to make a long weekend of it and take a vacation day today.  I made sure to get all the "must do" items on the to-do list done yesterday so I could spend my time however I pleased for the rest of the weekend.  Today I chose to travel to the Heber Valley which is about a 50 min. drive East and South of the Salt Lake Valley.  My first stop was one of my favorite places, the Middle Provo River.  I parked at a fisherman access area that I'd never explored before.  Apparently quite a few fisherman had the idea to take a vacation day today as well, the parking lot was almost full even though I got there about 9:00 am.  I started by sketching the river itself at a spot close to the trailhead; 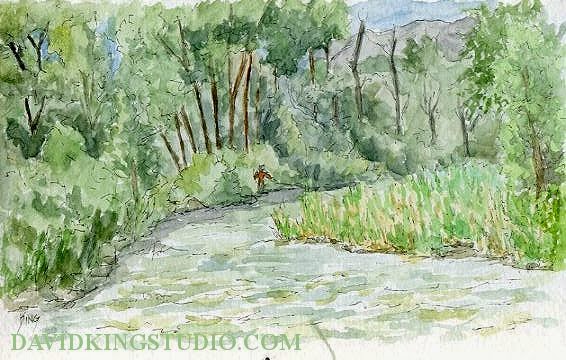 Luckily a fisherman wandered into view and cast his line while I was still doing the pen drawing so I could add him for scale, though I think I made him a tad large.

Next I really wanted to sketch a cottonwood tree, we don't have many of those in the Salt Lake area.  It took a bit of searching to find one in a good position for me to sketch even though the river is lined with them; 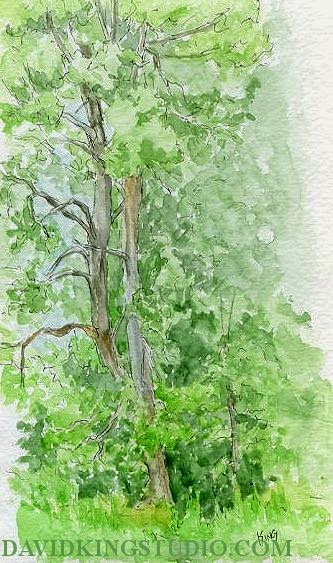 By now it was nearly noon and even though the Heber Valley is at a higher elevation than the Salt Lake Valley it's not any cooler during the summer so I went into town and sat at a picnic table in the shade and sketched part of the St Lawrence ﻿Catholic Church; 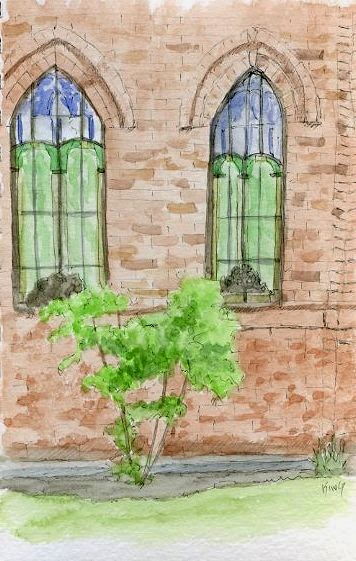 I almost didn't post this sketch because there are so many errors in it, but the reason I sketch isn't to create a masterpiece.  Sketching from life is all about improving your observation and drawing skills.

Here are a couple photos I took during today's activities; 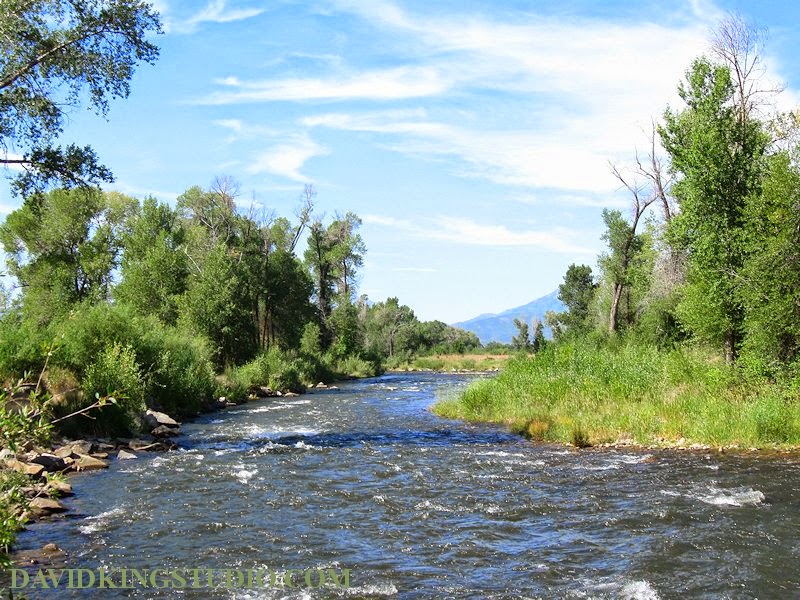 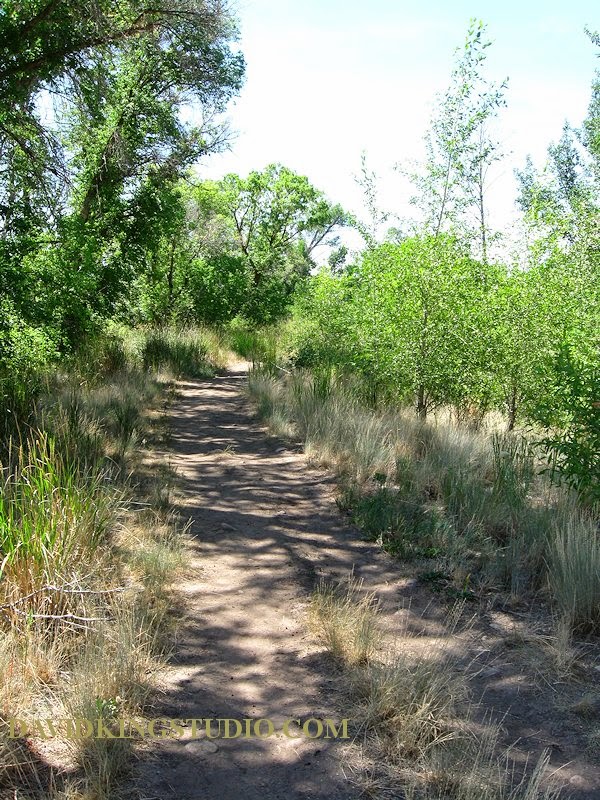 The main path along side the river. 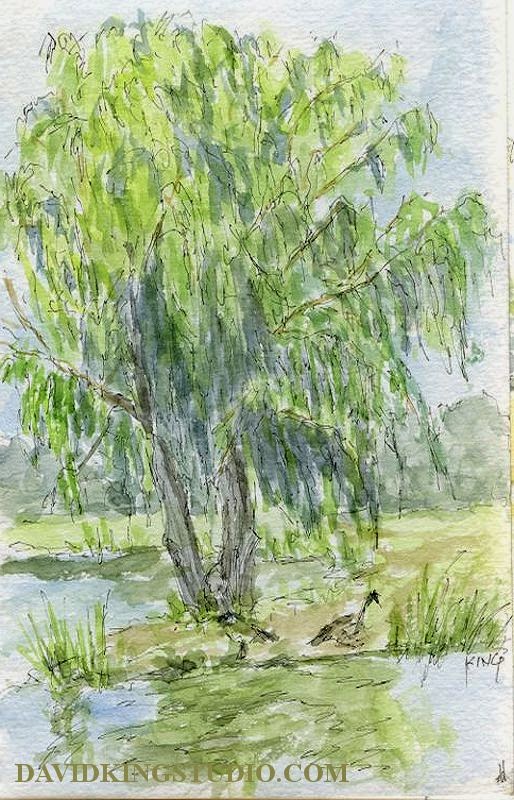 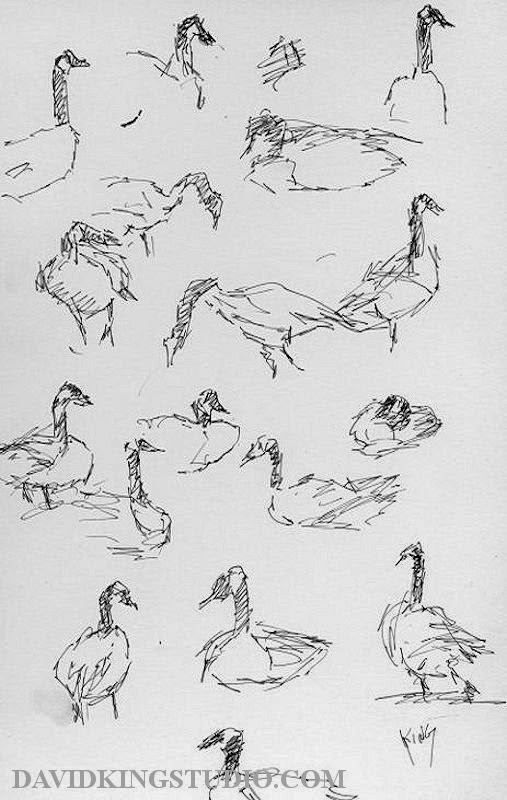 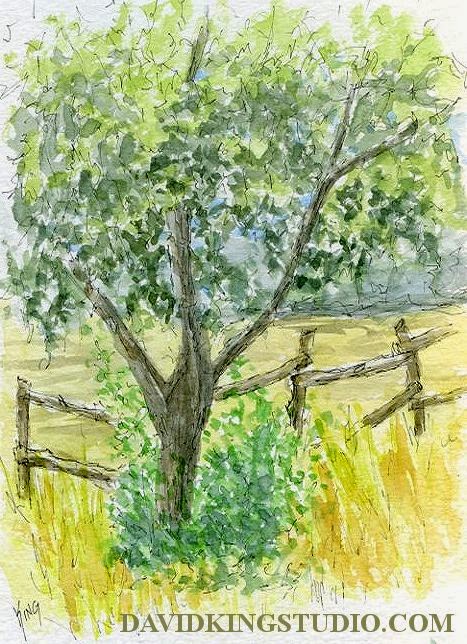 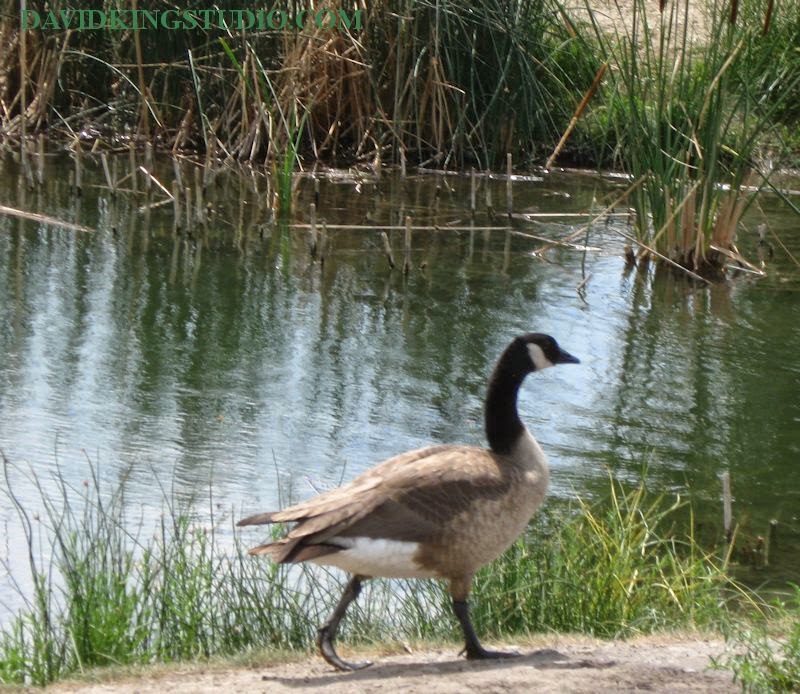 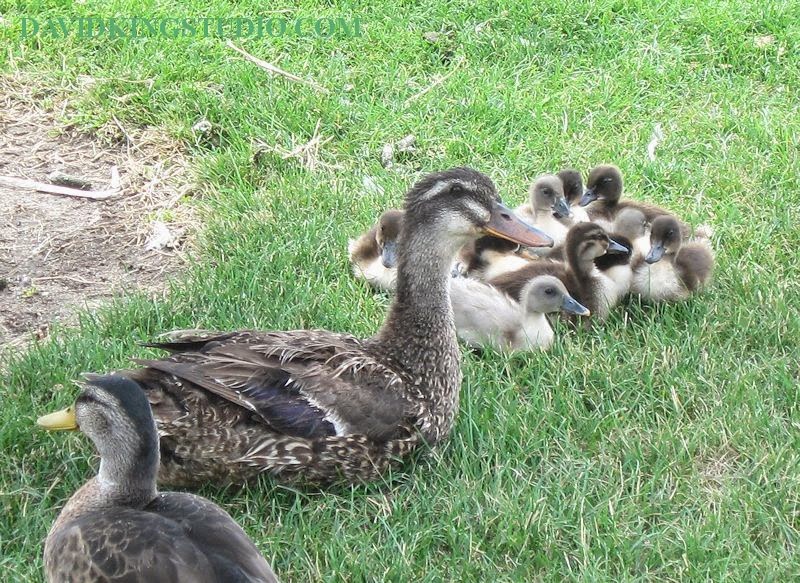 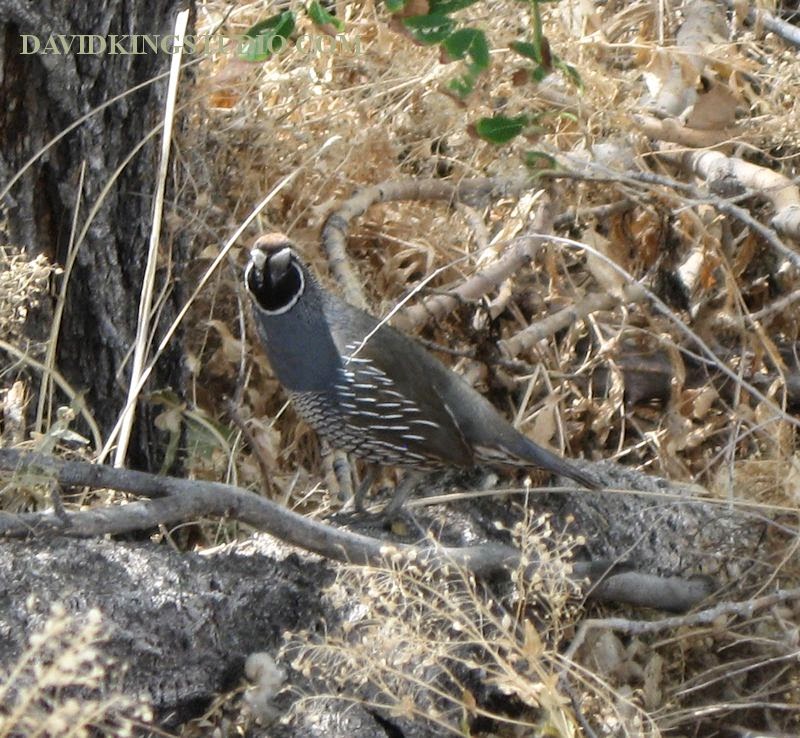 It's been a while since I did one of these, a day of travel and sketching.  I forgot how fun and useful getting out to a new place to explore and sketch can be.  I was planning on attending a car show in Coalville, a small, historic rural town about 40 miles East of Salt Lake City on I-80.  The festivities weren't starting until the afternoon so I  decided to make a day of it and do some sketching along the way in the morning while it was still cool.  I've spent quite a bit of time in the rural towns along I-80 but there's always some road or area I haven't explored so whenever I return to an area I look at Google Maps and figure out what areas I can visit that I've never been to before.  I decided to get off the freeway at Wanship and take Hoytsville Rd to Coalville while exploring the side roads along the way, including a piece of the old Lincoln Highway.  I don't know why but I love rural areas so I took a lot of photos, but more importantly I did some sketching; 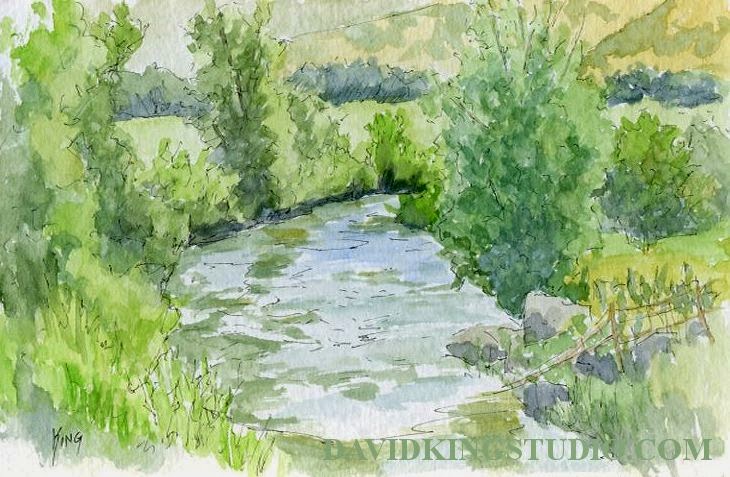 This is the Weber River just outside of Wanship.  As you can see I used pen and watercolor.  You might also deduce that I'm not really a watercolorist, I tend to use similar techniques as I use when painting with acrylics. For me sketching isn't about creating a finished piece worth bragging about, it's about practice and learning about the subject. Sketching is also very fun and usually very relaxing, almost meditative. I think I learn as much about the subject by making a sketch like this as I would if I attempted to make a plein air painting on location and it took about 1/3 as much time or less.  Sketching also requires much less equipment and is much less hassle.  I still think painting outdoors is worth doing but sketching is a less stressful and useful alternative. 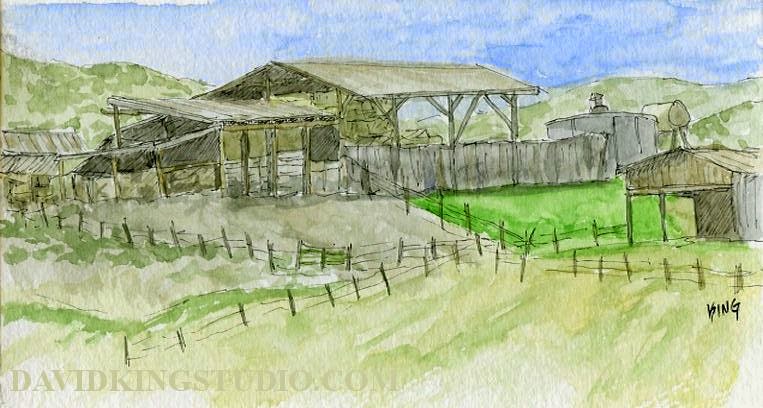 I really wanted to sketch a farm, barn or shed or something along those lines but most every scene I found wasn't convenient for parking and setting up to sketch.  I finally settled on this sheep ranch in Coalville.  Not exactly an ideal subject but the cobbled together structures made for some interest, this could make a good background for a tractor painting. 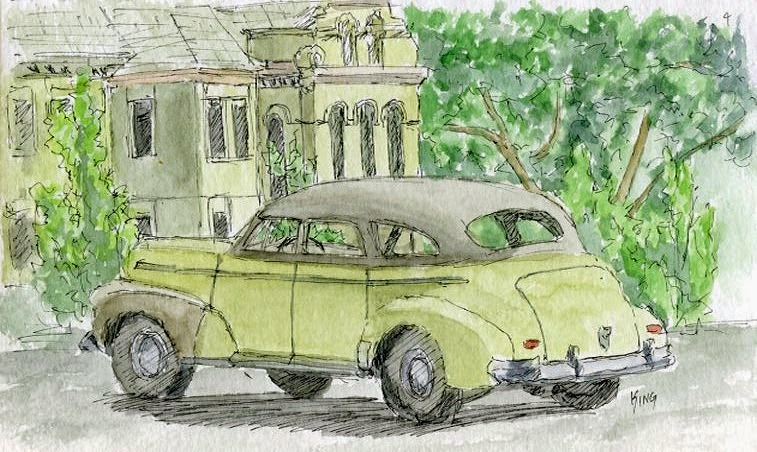 And finally the car show.  Coalville shuts down Main street for this event and the cars park backed to the curb and facing to the center of the street.  This arrangement makes for good spectating but not good sketching since I'd have to sit right in the middle of spectator traffic to get good views of the cars for sketching.  Luckily just as I was getting ready to leave this car, a late 40's Chevy sedan parked at the end of the line and not only is it the kind of car I enjoy sketching it parked in a spot that gave it the perfect background, the historic Summit County Courthouse, they were even color coordinated.  Luckily I also able to sketch this from a shady spot. An artist can't ask for anything more.﻿
﻿

Summer has just started and the temperatures are starting to soar so I decided to cool off a bit by painting an autumn scene; 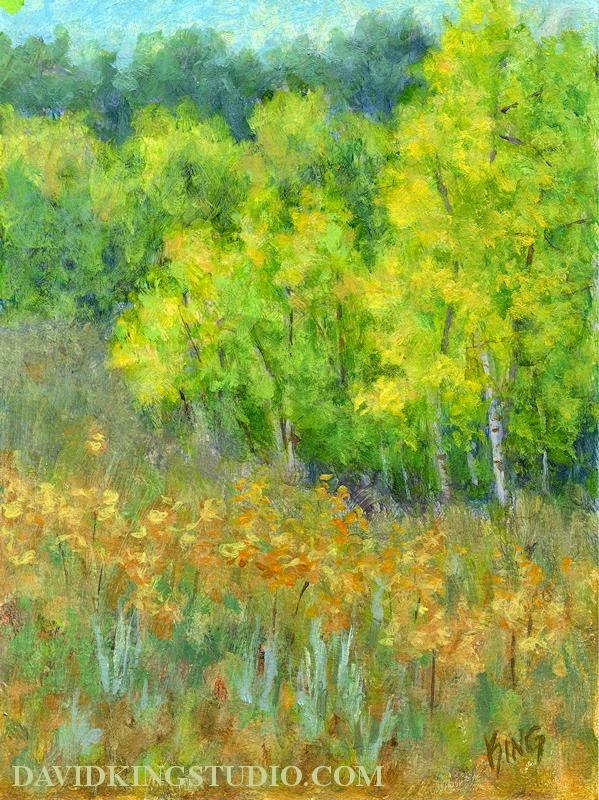 Don't get me wrong, I'm not anxious for autumn to start, (yet) but this was a nice break from the spring/summer color palette.﻿

I just finished another small studio painting, this one based on a photo I took while hiking in the Wasatch Mountains in Northern Utah, Big Cottonwood Canyon to be more exact.  I love the trails we have that fall the run off creeks somewhat closely because I really enjoy encountering scenes like this one, hence the title. 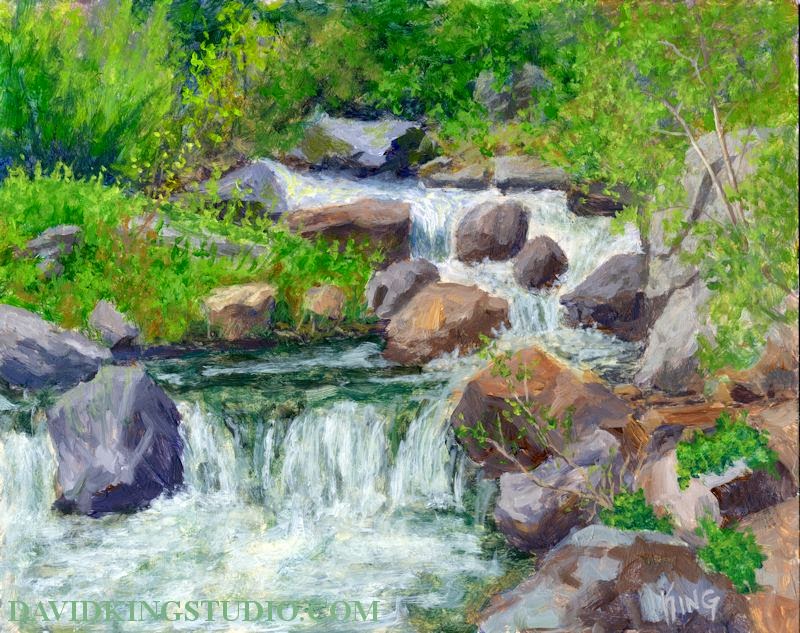